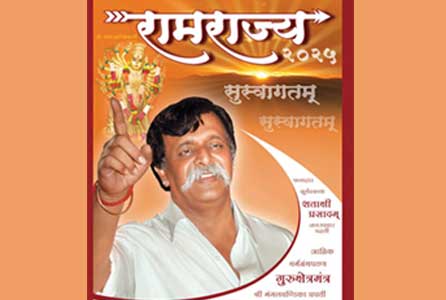 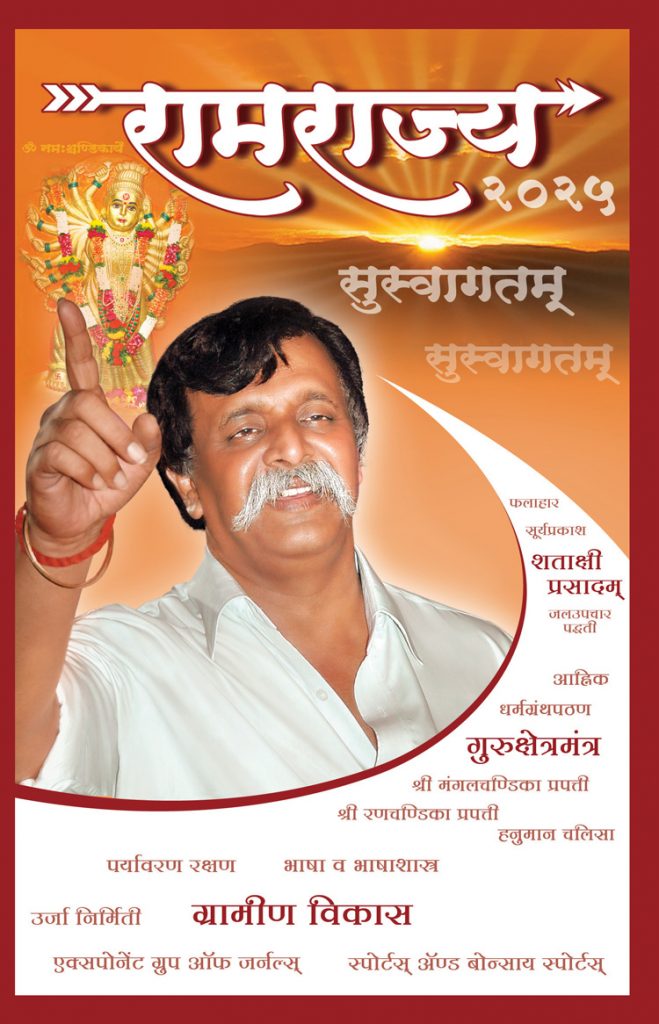 Shree Ram is revered as ‘Maryada Purushottam’ in the Indian culture. Shree  Ram followed all the laid out human boundaries and never acted beyond it hence, was called Maryada Purushottam. Shri Aniruddha has provided a detailed description of Maryada Purushottam in the book ‘Shreemadpurushartha’ in its first volume, ‘Satyapravesh’. In the Ayodhya of Maryada Purushottam Shree  Ram, the behaviour of both the ruler and its public never wavered from the principles of Maryada Purushartha and hence, during Ram’s regime, the people of Ayodhya were always happy, joyous and contented. No one in the kingdom of Ram was sad, helpless or dissatisfied. Sadguru Shree Aniruddha placed the concept of Ram-Rajyabefore everyone on 6th May 2010.

‘That everyone should conduct themselves in lines of the citizens of Ayodhya, set up certain boundaries for the society and behave in accordance to these boundaries and to get this response from every individual in totality is Ram-Rajya. Establishing Ram-Rajya till 2025 is my dream, my goal and my motto. It is important to be committed and take the necessary efforts to establish the Ram-Rajya. These efforts should be carried out on an individual and collective (social)  level.’ Sadguru Shree  Aniruddha elucidated with his intent and appealed to all, who respect and love him to follow the Purushartha to realise this idea of Ram-Rajya.

The five levels are,

At the mention of ‘Army’, we picture in our mind soldiers clad in military uniform with guns in their hands, but this army-‘Shree Chandika Exaltation Army’ founded by Sadguru Shree  Aniruddha is for the ‘resuscitation and rehabilitation of all the strengths of the great Indian culture’. Exaltation means achieving progress and prosperity of a person, his self’s, his religion’s and his country’s in every direction, every sphere and every corner of the world. This army is to safeguard our religion and motherland and revive the greatest strength of the best of the Indian culture, and the might increase this strength. One of the aims of this army is also to lend a helping hand to the Indian armed forces in the case of an eruption of the third world war.

In this discourse, Sadguru Shree  Aniruddha has explained the lifestyle and social system expected of us for realising Ram-Rajya.