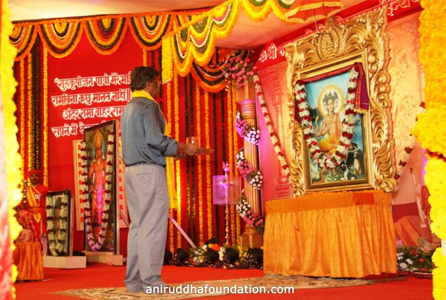 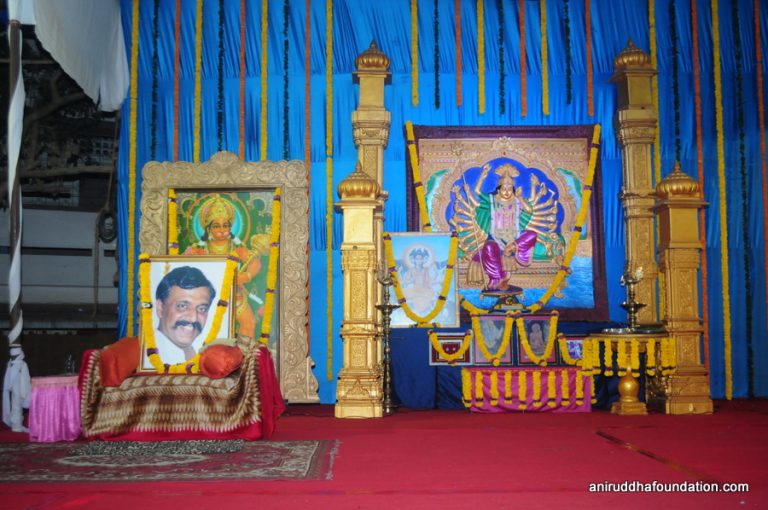 In the second edition of ‘Shrimad Purushartha Granthraj’ titled ‘Premapravas’, Sadguru Shree Aniruddha has written, ‘Dattaguru is my everlasting jap. Therein lies everything of mine and it is also my unending chant’.

Moreover, the 31st chapter of the sacred book, ‘Matruvatsalya Vindanam’ penned by Sadguru Shri Aniruddha, recites the glory of Shree Dattatreya as below.

Adimata Chandika says, “O Dattatreya! May you be the one putting an end to all, who are devoid of the holy faith and hence, assist Parmatma. As you are the divine and pure light that radiated at the time of my first vibration or Spanda became active before the manifestation of the Parmatma in the form of Omkara, and so you innately becomes his Protector.”

In the very same ‘Matruvatsalya Vindanam’, he has also written, ‘Gurubhakti means Shree Dattatreya Bhakti, is the very heart of Shree Dattamangala Chandika and will be the only saviour for humans in the Kaliyuga. And therefore, the auspicious day of Dattajayanti holds utmost importance to kindle Shri Guru Bhakti in every person’s heart, and it is this very day that bestows happiness and contentment upon every Shraddhavan.

The proceedings of the celebrations of Datta Jayanti at Shree Harigurugram are as follows: 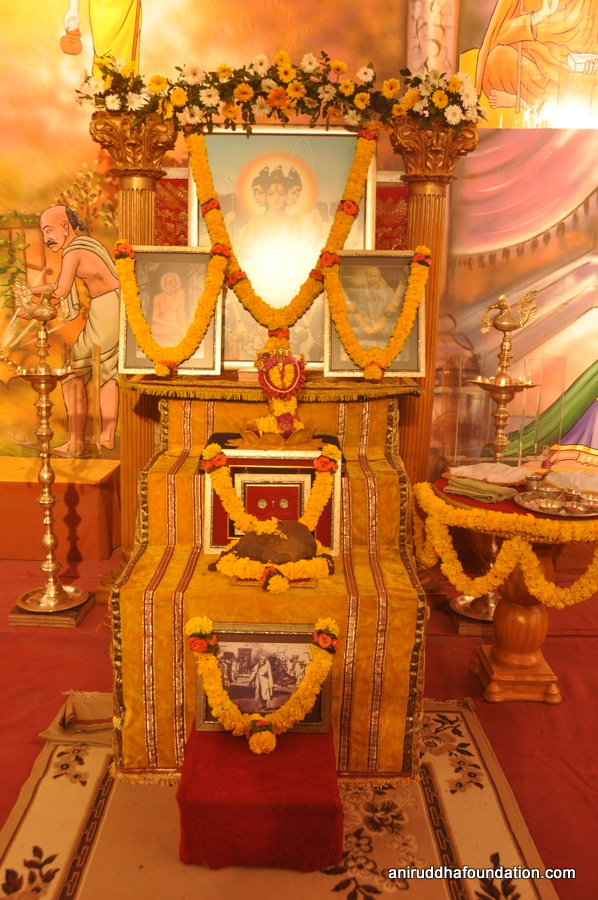 Every Shraddhavan enjoys the recitations of Mantra, Gajar and Stotras during the Utsav.

The upasana commences with the recitation of prayer (mentioned below) that invokes Shree Dattaguru, 54 times.

To kindle the love of Dattaguru in your heart and have it permanently instilled in one’s Sahastrar Chakra, is the thought that every Shraddhavan holds while chanting the mantra. 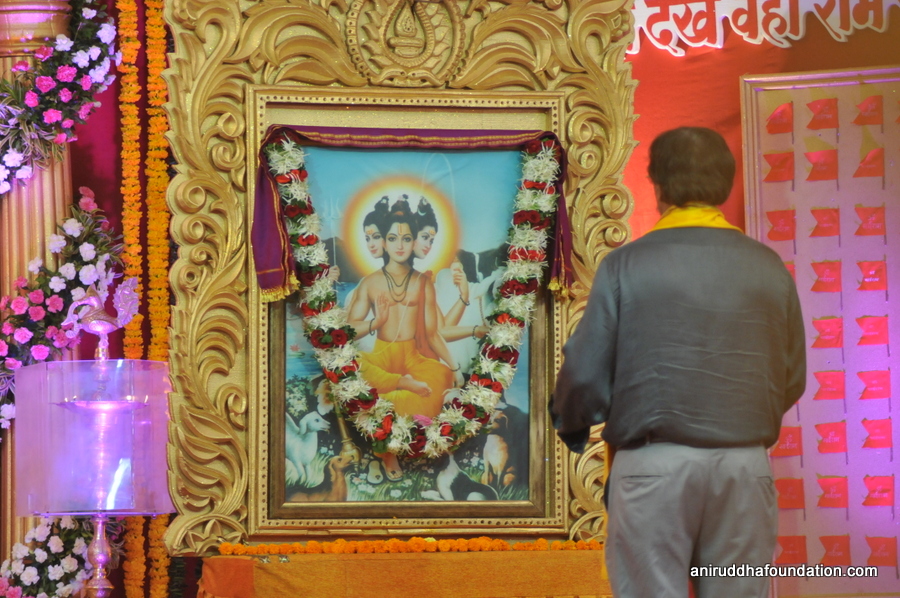 This is followed by recitations of the ‘Ghorakashtoddharan Stotra’ written by Shree Vasudevananda Saraswati and ‘Dattabavani’ written by Shree Rangavadhut Maharaj. Shraddhavans get engrossed and lose themselves in a mellifluous hymn of the Gajar- ‘Om Sai Shree Sai Jai Jai Sairam’. 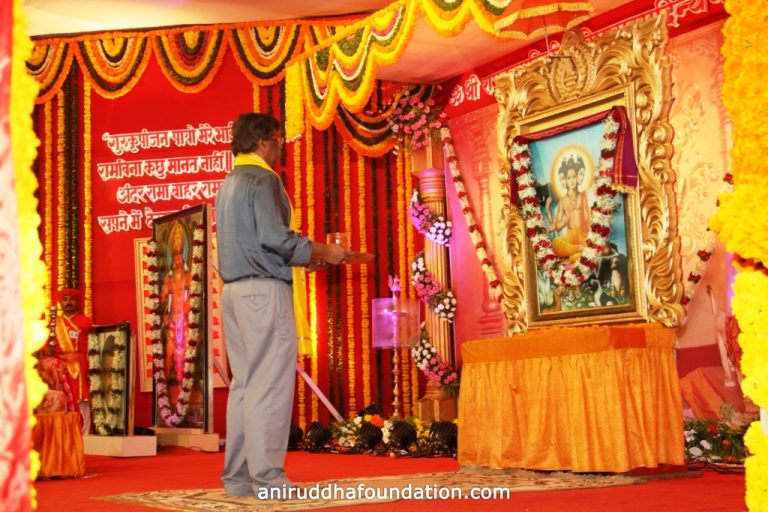 This auspicious day also marks the commencement of Shree Vardhaman Vratadhiraj. The fasting or Vrat is observed for a span of one month, from the Margashirsha Pournima till Pausha Pournima. In the third edition of ‘Shrimad Purushartha’ titled ‘Ananda Sadhana’, Sadguru Shree Aniruddha writes, “Shree Vardhaman Vratadhiraj is the way in which one can ensure that the human birth we have been blessed with, does not go unfruitful or waste! This is the royal route, which if followed piously, let one achieve the ‘Nine Ankur Aishwarya’ or the virtues of Parmatma. The Vardhaman Vratadhiraj that begins anywhere in the last week of December extends till mid-January, including the New Year Day; thus, ensuring that every Shraddhavan starts off the upcoming modern New Year with good and pure vibrations along with the blessings from God.”

It was on the auspicious occasion of Dattajayanti Utsav of the year 2005 that Sadguru Shree Aniruddha (Dr Aniruddha Dhairyadhar Joshi) started the non-political daily newspaper, ‘Pratyaksha’. The newspaper provides news and analysis mainly on the global geopolitics and a few important national news. Moreover, news with a particular focus on the ‘Third World War’ that highlights various facts and effects related to the same are also published.

Also, from the year 1996 till 2004, ‘Shree Aniruddha Visheshank’, a collection of various experiences, would get released on the day of ‘Dattajayanti’.