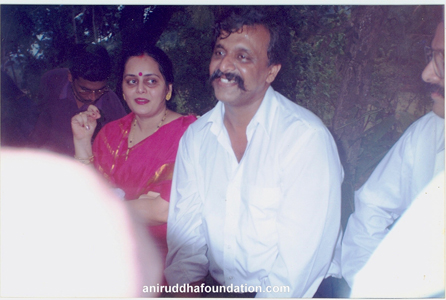 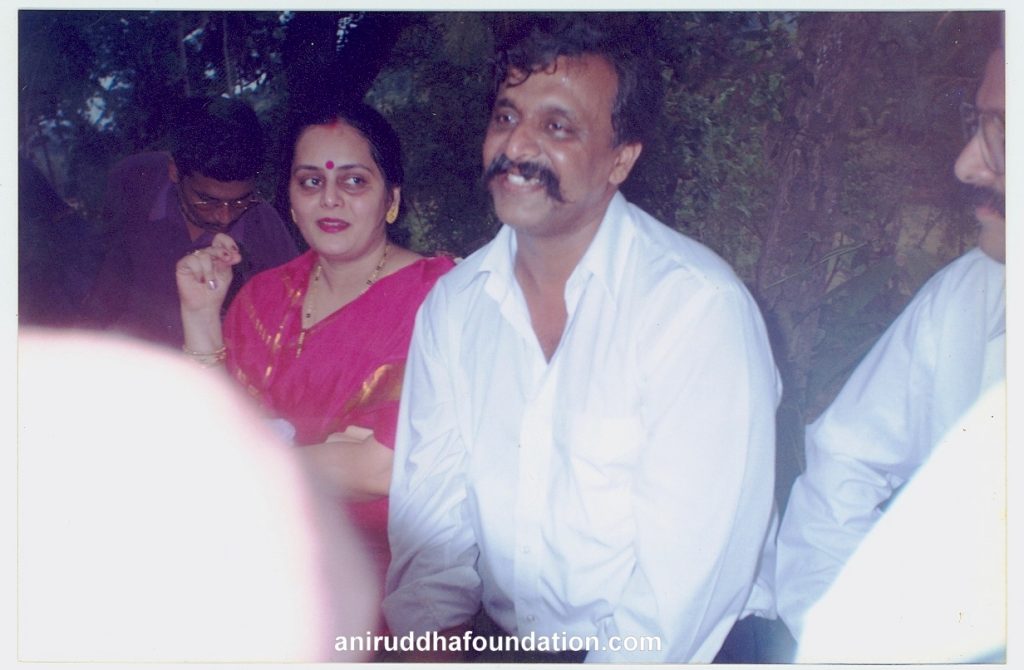 In 1999, after the Shirdi, Akkalkot, and Dehu-Alandi Rasayatras (a journey that inspires the zest for life), Shree Aniruddha Bapu organised the  Shreekshetra(holy abode of God) Mangesh and Shantadurga Rasayatra in Goa. It was the fourth of the Rasayatras. Sadguru Shree Aniruddha Bapu has explained the theory of “Shivam Dnyanopadeshtharam” many times in his discourses. Shiva is the “Dnyanopadeshta”, which means, the one who counsels knowledge and destroys its ignorance. Moreover, Bapu has also conveyed through his discourses many a time that it is only appropriate to do bhakti (worship) of the motherly form instead of performing the sadhana (sacred diligence) of the Shaktirupa (energy form) of Goddess Jagadamba, the one who rules the universe.

Hence, the Rasayatra to the holy Shreekshetrta of the creators of the Universe, Mangesh and Shantadurga, commenced on May 16, 1999. On the first day of the Rasayatra, began an unexpected rainfall in the midst of a hot summer and ushered a joyous beginning to everyone’s journey. The Shraddhavans began to arrive at the Ramnathi Temple of the Kavale village, Goa from 3 am in the morning. Many Shraddhavans availed the  Rasayatra under the patronage of Sadguru Shree Aniruddha. All the Shraddhavans were very excited to embark on the Rasayatra with their Sadguru to the holy Shreekshetra of Mangesh and Shantadurga, the creators of the universe.

On Monday, the 17th of May marked the first day of this Rasayatra to Shreekshetra Mangesh and Shantadurga. The “darshan” (ceremony to seek blessings) began at 10 o’clock in the morning. Shri Ramnathi was offered the “Mahabhog” (the great sacred meal) at that time. Shraddhavans were collectively chanting the Shiv Paath while taking darshan. They were completely engrossed in the resplendent spiritual environment during the Shiv Paath and were dancing in joy while chanting the name of Shiva.

Subsequently, the palanquin of Shree Vishnupad (feet impressions of Shree Vishnu) and Shree Krishna was set about. The ceremony of the palanquin went on for three to three and a half hours. After lunch and taking some rest, all the Shraddhavans assembled at 4 in the evening for the Amrut Manthan Upasana. Sadguru Shree Aniruddha explained the importance of the upasana to everyone after which it was initiated. During the upasana, every Shraddhavan moulded a Shivalinga (representation of God Shiva) from clay soil and performed an abhishek (anointment) on it with the archan dravya (a substance used for holy offering) and worshipped it.

During this time, the poojan of Shree Satchidanand Navneet Paduka also concluded and the mantra, “Guru Brahma Gurur Vishnu Guru Devo Maheshwaraha | Guru Saakshat Parabrahma Tasmai Shree Gurave Namaha |” was recited. A poojan of the  Shivalinga was performed during which the Shiva Gayatri Mantra – “Om Bhu Bhuva Swaha, Om Tatpurushaya Vidmahe Mahadevaya Dhimahi | Tanno Rudrah Prachodayat |” was recited. It was followed by the recital of the Mangesh Gayatri Mantra – “Om Nilagrievaya Vidmahe | Gaurinaathay Dhimahi | Tanno Maangirisha Prachodayat |” which in turn was followed by the Shantadurga Gayatri Mantra “Om Shivapriyayai Vidmahe | Sarvashaktyai cha Dhimahi | Tanno Shantadurga Prachodayat |” being recited. All the Shraddhavans then sang the gajar, “Mangesha tu bhakti de re, Shanta Durga shakti | Bhakti karuni milavu deva, paapapasun mukti |” [Oh Mangesha, grant me bhakti (utmost devotion to God), and you Shantadurga, shakti (strength). Thus, we will acquire riddance from sins by performing bhakti] with which the Upasana (worship) concluded. It was followed by the Satsang (an event where devotional songs are sung) which everyone enjoyed.

On the second day, i.e. Tuesday, May 18 all the Shraddhavans gathered after breakfast, to pray to Goddess Shantadurga. After the Upasana and offering of the  Mahabhog, everyone started towards the Shantadurga temple for darshan.

The Shree Amrut Manthan vidhi (ritual) began at 6 o’clock in the evening. It was an unusual form of Upasana. Everyone had prayed during the Upasana by saying, “May the ‘Amrut Manthan Upasana’ expel the poison of inappropriate tendencies hidden deep inside our minds and be destroyed by the grace of Shiva. May we avail the elixir of Shiva’s grace and begin a new life.” Shraddhavans were singing the gajar,

After that, Sadguru Shree Aniruddha explained the meaning of the mantra that depicts the original meaning of the story of the Amrut Manthan. The Amrut Manthan Upasana then concluded with the performance of the homa-havan (ritual involving religious offering in a sacred fire). Everyone offered the samidha (twigs of wood used as a sacred offering in rituals) in the sacred fire of the yadnya while chanting the gajar,

and then participated in the Satsang at 11 PM.

On the third day, i.e. on May 19, all the Shraddhavans went to the temple of Lord Datta at the Punyakshetra Shreekshetra Sakhali in the morning for darshan. Shraddhavans had lunch and some rest on return from the temple after which the Shree Mangesh Upasana commenced at 4:30 pm. Everyone gathered near the stage, attended the Upasana, availed the Mahabhog, and then proceeded to take the darshan of Shree Mangesh. In the night, everyone participated in the Satsang at the end of which they carried out the Gondhal (traditional practice involves celebration by invoking the gods to seek their grace) of Mangesh and Shantadurga. A Gondhal for Goddess Shantadurga used to be traditionally performed in Goa in the earlier times. Most of the Shraddhavans recollected the golden memories of the Gondhal they had witnessed in the past.

On May 20, 1999, the closing ceremony of Shreekshetra Mangesh Shantadurga, Goa Rasayatra was held. All the Shraddhavans who went on the Rasayatra along with Sadguru Shree Aniruddha started their journey back home with their hearts filled with the spirit of devotion.