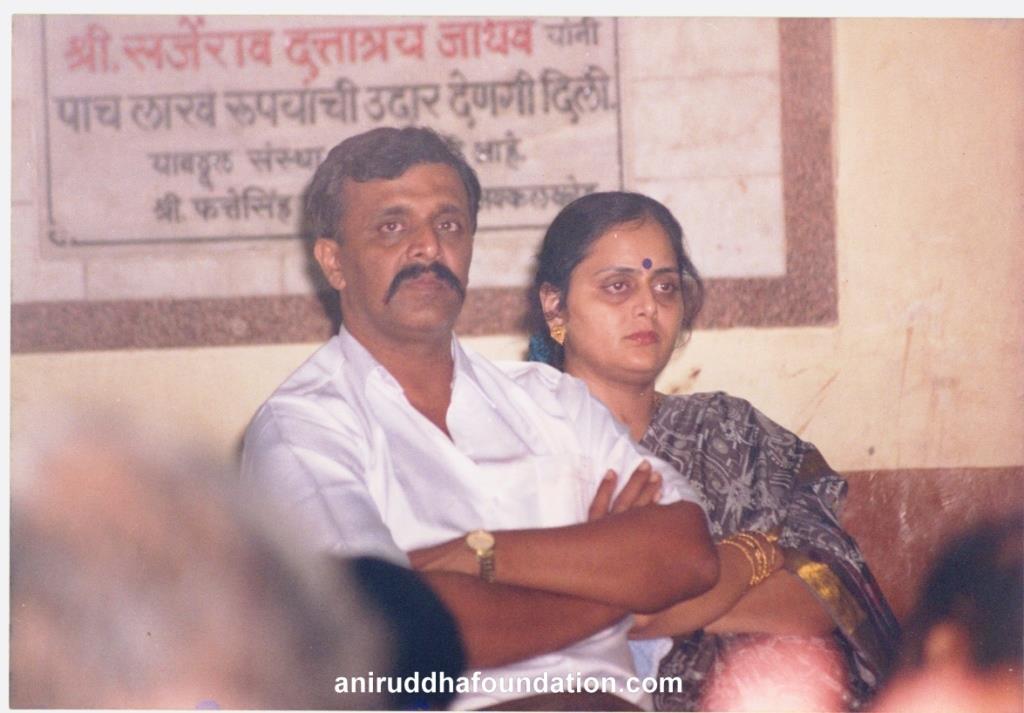 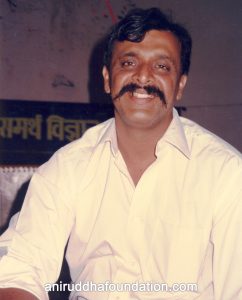 Many Shraddhavans had experienced the glory of the fruitful life of Shree Sainath. Following it, soon after the conclusion of the Shirdi Rasayatra, Sadguru Shree Aniruddha in 1997 made an announcement of the ‘Shri Kshetra Akkalkot Rasayatra’ to the extreme delight of every Shraddhavan. The happiness of all the Shraddhavans knew no bounds when they realised that another Rasayatra to Akkalkot was on the horizon.

The opportunity of being in the company of Sadguru Shree Aniruddha for four entire days of the yatra was sheer bliss for Shraddhavans. The Rasayatra was organised under ’Shri Sai Samartha Vidnyan Prabodhini’.

It began on 11th September 1997. Every Shraddhavan was excited to visit Swami Samartha’s Shri Kshetra at Akkalkot along with Sadguru Shri Aniruddha and to explore this holy place.

After reaching Shri Kshetra Akkalkot at around 4 in the evening, the Shraddhavans gathered at Jadhav Sabhagruha, which was just two minutes away from Shri Swami Samartha Samadhi Mandir and started “Shree Amrut Manthan” Upasana.

The mantra “Om Krupasindhu Shree Sainathaay Namah” was chanted twelve times. Every Shraddhavan was then provided with clay dough on a banana leaf-and was asked to make symbolic Swami’s ‘Padukas’ out of it. Archandravya was given to all to offer to those padukas. While making Padukas and offering Archandravya, ‘Swami Samarth Gayatri mantra’ (given below) was chanted for 108 times. 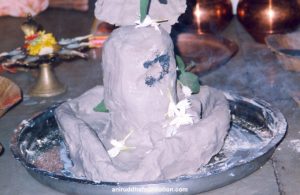 The clay Padukas were later offered onto the Padukas made from Loni (white butter). These Loni Padukas were crafted under the guidance of Sadguru Shree Aniruddha by Appasaheb Dabholkar and his wife Meenavahini Dabholkar, a Shraddhavaan couple. They happen to be the grandson and granddaughter-in-law of Govind Raghunath Dabholkar alias Hemadpant, who authored the illustrious “Shree Saisatcharit”. Following the instructions from Sadguru Shree Aniruddha, Appasaheb Dabholkar also created an earthen Shivlinga on which, ‘108 Belpatra’ were offered, with a recitation of the “Shri Shivgayatri Mantra” for 108 times. Every Shraddhavan present participated in the mantra recital with full devotion.

An aarti was performed after the ShriShivgayatri Mantra recital. A gajar praising the devotion ofChollappa and Ballappa, the two ardent devotees of Shri Swami Smaratha was delightedly performed in the presence of SadguruShriAniruddha. Every Shraddhavan present there earnestly prayed ‘May the Bhaktiras (devotion), which streamed through these Swami’s Bhaktas, flow in us forever too! May we never stray from the holy path of Bhakti”.

The Gajar that was sung was:

‘I seek the love like Cholappa and the devotion like Balappa. I seek no separation from you, your grace, Swami is all I seek. ‘

At 11 pm in the night, after the Aarti and dinner, everyone got the golden opportunity to be a part of Satsang with Sadguru Shree Aniruddha.

Next agenda after a quick breakfast was the visit to the holy places of Akkalkot. Even the order in which the sacred sites were to be visited, was chalked out by Sadguru Shree Aniruddha. At noon, before lunch, according to the instructionsfromSadguru Shree Aniruddha, five gents and five ladies offered the Mahabhoga at the Vatvriksha Mandir. Swami’s main Samadhi temple, which is situated very close to the home of Chollappawas then visited. The same site also has the Samadhi of the cow whose milk Swami used to drink. Everyone then visited the Joshibua Math, where everyone paid obeisance to Swami’s footprints that had got inscribed on a wooden seat.

Later, everyone visited the banyan tree, (Vatavriksha), under whose coolshadeSwami used to relax and thereafter proceeded towards the BallappaMath. Every Shraddhavan sought darshan of Swami’s sacred Paduka, Dand and RudrakshaMaal that he had handed over, during his last days, toBallappa..,.

At 10:30 in the night, Satsang was performed inSadguru Shree Aniruddha’spresence. 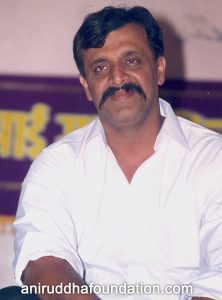 ‘Shri Datta Upasana’ had started promptly at 9:30 in the morning, under the guidance of Sadguru Shree Aniruddha, after a quick breakfast. Sadguru Shri Aniruddha then made five devotees perform a Pooja of Shri Gurucharitra after which the “Shree Datta Mantra” was recited 108 times.

This was followed by the gajar ‘Digambara Digambara Shripaad Vallabh Digambara’ where the Shraddhavans participated in this naamgajar fondly, with utmost devotion, singing and swaying to its tune.

After the Naamgajar at 12:30, Shraddhavans were able to enjoy Satsang for some more time, in the affectionate company of Sadguru Shree Aniruddha. Sadguru Shree Aniruddha the handed over five ‘Shrifal’ (coconuts) to five of the Shraddhavans and instructed them to keep those in the Vatavriksha Mandir. A Prasad of guava was then distributed to everyone present. Reminiscing about the magical moments of the Rasayatra and etching it in their memories forever, all the Shraddhavans started on their way back home.