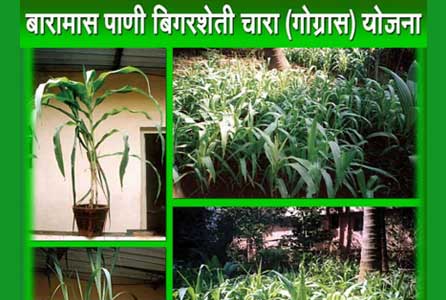 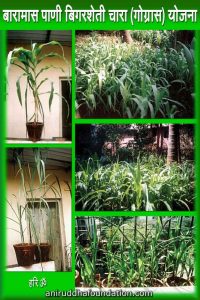 India is primarily an agriculture-based nation and largely depends on seasonal rains. Nevertheless, the amount of rainfall received every year is not always adequate and some regions remain dry. Due to the dearth of rainfall, some of the areas suffer from drought every year. If we consider the state of Maharashtra for instance, it is prone to frequent spells of drought in the Vidarbha, Marathwada and northern regions of the state. The drought only goes on to worsen, if the rains continue not to grace the region furthermore.

For farmers, insolvency is more significant adversity than the drought. It is the sole reason owing to which farmers sometimes go to extremes, and resort to suicide. Every year, 12 thousand farmers commit suicide across the country. It is regrettable, yet a glaring reality. During spells of extreme drought, locals either migrate or have to take great efforts to manage for food and water.

Moreover, the drought also affects the cattle as they do not receive fodder(chaara). In India, to be in possession of go-dhan, the wealth of owning cows is considered of utmost significance. The cattle are considered to be a priceless asset of the farmers. However, many a time when obtaining even a square meal is difficult, and one cannot forage and feed the cattle. The cattle are, therefore, set free. During such times, the government erects shelters for the livestock with arrangements for fodder which many farmers avail of by releasing their cattle here. Yet, it does not always prove to suffice the need.

India is faced with challenges due to barren lands in rocky terrain, scarcity of rainfall, a lack of ponds, canals and dams but even more critically due to an acute fodder shortage and inconvenience caused to the cattle. Sadguru Shree Aniruddha thus, initiated the  ‘Baramaas Sheti Chara Yojna’ (Round the Year Farming and Fodder Project) to provide for a resolution to the issue. It is a noteworthy undertaking from the 13 point programme undertaken by him. It is also known as the Go-graas Yojna, which means fodder for the cow. Sadguru Shree Aniruddha earnestly urges everyone to feed cows the fodder that is grown in one’s house instead of feeding her grains or any other food. Since water is available in abundance in cities, he firmly believes that it must be channelled to provide for the fodder much required for the cattle.

Everybody loves to have a garden, even if it’s a small one. At the very least, one may find a Tulsi plant or a plant grown for display purposes. If one sowed corn or sugarcane seeds in a small flowerpot alongside the plants, such plants could be used as fodder for the cattle.

Sadguru Shree Aniruddha has emphasised, ‘The farmer is the support system of Bharat, and his life is solely dependent on cattle rearing’. He, therefore, has appealed, ‘We need to understand that to earn merit from the submission of the Go-graas, we need to grow the fodder ourselves’. Shraddhavans responded positively to his appeal and that too in large numbers. The project is, therefore, expanding by the day and also receiving tremendous response.