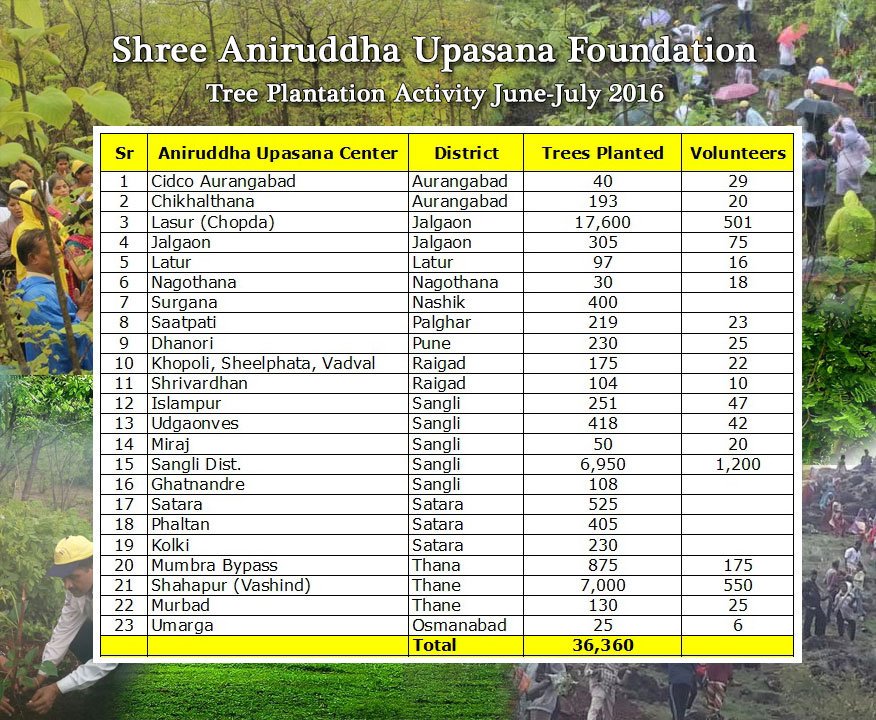 Environmental degradation is posing a great threat to human survival. With a view to lend a helping hand in restoring ecological balance, Shree Aniruddha Upasana Foundation alongwith Aniruddha’s Academy of Disaster Management, its sister organization, has been proactively organizing Tree Plantation drives in many places of Maharashtra.

Apart from enhancing the beauty of the environment, Trees help in combating the climate change by reducing Global warming. Trees also absorb odors and pollutant gases (nitrogen oxides, ammonia, sulfur dioxide and ozone) and provides Oxygen too. It is said that in one year, an acre of mature trees can provide enough oxygen to 18 people.

With this objective, more than 2800 volunteers from 23 Centres of Shree Aniruddha Upasana Foundation planted 36,360 trees during the month of June-July 2016. More such plantations would be done with the help of volunteers in the next month too.