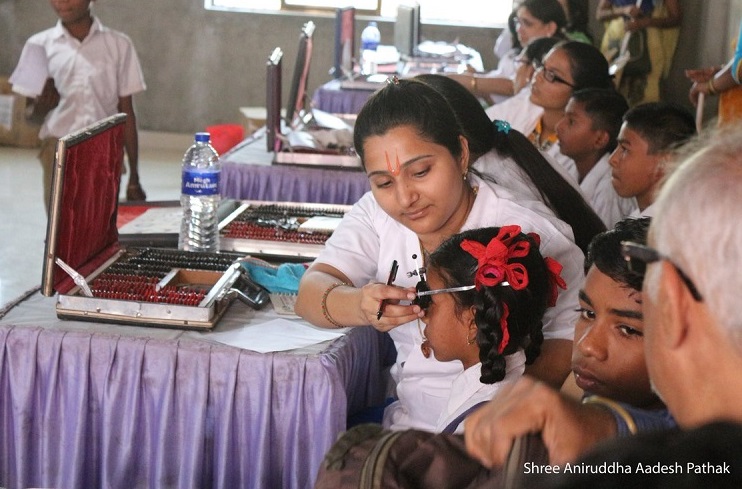 A team of 14 doctors, 13 paramedical staff and 31 Optometrists were involved in this activity. Apart from this, 219 volunteers from 13 Upasana Centres were also present to assist them in this activity.

The Camp which was conducted at Bapuji Baba Jadhav High School, Chandip  commenced at around 10 am and continued till 3 pm. Students were also offered a nutritious and a hearty meal during the camp.

It is said that students determine the future of any nation. A nation can progress if its youth is sincere and educated. Shree Aniruddha Upasana Foundation and its sister organizations provide a helping hand to school going children, especially the needy ones by organising such Medical and Healthcare camps for their better upbringing.

Annapoorna Prasadam: #Food being served to #children during EyeCheckup and Vitamin Tablets Distribution Camp at #Virar by @CompassionACSR pic.twitter.com/3BaUVX1QG8

Yet another #initiative by ShreeAniruddhaUpasanaFoundation.#Eye checkup & #Vitamin distribution camp at Virar today. pic.twitter.com/Ffk8jvH1Yw